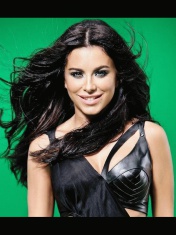 Many people remember that in 2008 Ani Lorak represented Ukraine at the Eurovision Song Contest. Then the girl took second place, losing gold to the Russian troika Bilan-Plushenko-Marton. It is curious that on May 25, 2008, the Prime Minister of Ukraine Yulia Tymoshenko greeted the singer with the following words: “From the bottom of my heart I greet you on your victory at Eurovision! That's right - with Victory! I know that you were the First, but virtuous and delicate Europe could not reconcile itself to Ukraine hosting Eurovision twice in the past four years.

And President V. Yushchenko even awarded the young star with the title of People's Artist of Ukraine. Along with the performer of the same title, the author of the song, Philip Kirkorov, was awarded. By the way, Philip Bedrosovich took such an active part in the fate of the singer that for some time he became her producer. Or, as the artist himself specifies, "not a producer, but a friend."

Why did Kirkorov choose Ani Lorak to work together? How was she different from other Eastern European singers? Of course, with their original vocals. The sheer influence of the Negro blues style (a la Tina Turner) is the first thing you notice when you hear her sing. It is difficult not to notice the characteristic shades of the Ukrainian folk "spivanni". Lorak's "trick" is a combination of American and Ukrainian vocal schools.

The singer's potential is not limited to pop activity. Ani Lorak is also a musical artist. She played the main role in the play "Gypsies" - it was after this role that Ani fell in love with the theater audience.

Ani Lorak is the face of the Schwarzkopf & Henkel cosmetics company in Ukraine, the owner of the Angel restaurant, and the UN Goodwill Ambassador for HIV and AIDS in Ukraine.