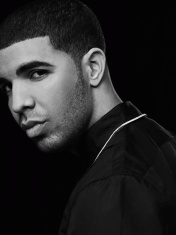 Since the early 2000s he has been an actor.
In February 2006, Drake released his first mixtape. He did it through his MySpace. The tape was received positively.
In 2007, he released another Comeback Season mixtape, which was critically acclaimed. It is because of the Comeback Season that Drake has become so popular.

In May 2010, the debut album Thank Me Later was released, which was produced by Noah "40", Shebib and Boi-1da. The album received positive reviews from critics, debuted at number one on the US Billboard 200 and sold 447,000 copies in its first week.

On November 17, Drake tweeted that his next album will be titled Take Care. Birdman also said Drake's album will be released in May / April 2011, which is being produced by 9th Wonder. Drake himself said that Take Care would be released on his birthday on October 24, but then due to legal nuances and formalities, the album release was postponed to November 15. After the official release of the artist's second full-length release, Take Care was highly praised by critics and listeners. In its first week, the album sold 631,000 copies and debuted at number one on the Billboard 200.