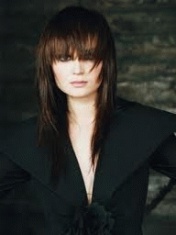 The popularity of Polina Gagarina was brought about by her participation in the First Channel project "Star Factory". At the age of 16, the girl came to the second wave of the reality show and won it. The victory brought Polina popularity, however, to the surprise of producer Maxim Fadeev, the girl refused to sign a contract and record an album. Her decision was largely influenced by what she learned about the "kitchen" of show business and saw behind the scenes. The singer was largely disappointed and was no longer sure that she needed a stage. Nevertheless, Gagarin did not stop playing music.

“I never had serious disagreements with Maxim. It's just that the terms of the contract that was offered to the "manufacturers" didn't suit me at all, "recalls Polina Gagarina.

A career without the support of the Forge of Stars

For several years after participating in the project "First Channel" "Star Factory" Polina Gagarina did not make herself felt. However, at this time, the singer was still engaged in solo work. In 2005, a video for the popular song by Polina Gagarina "Lullaby" appeared on TV screens. At the same time, the girl is offered contact by the production center of Igor Krutoy, and the singer is releasing her debut album "Ask from the Clouds".
In the same year, the girl took part in the "New Wave" competition, where she performs with the compositions "It is light in my room", "Je t'aime" and "Lullaby", and took third place. “Firstly, I think the first song was poorly chosen. And secondly, angina prevented me. I went on stage with a temperature of forty! Imagine what it was like to sing in such a state! But I am still glad that I have experience of performing at a serious music competition, ”Polina explains her failure.
And on the "New Wave" in 2007, Polina Gagarina performed as an honored singer, on the opening day. A little later, the soundtrack for the television series "Mothers and Daughters" was recorded.

In 2006, Polina Gagarina entered the Moscow Art Theater School. There, the singer met her future spouse Pyotr Kislov. At the time of their acquaintance, the young man was officially engaged to actress Anastasia Makeeva.
In 2008, Polina Gagarina, together with her friend from the "Star Factory" Irina Dubtsova, recorded a 100% hit "To whom? What for?". The composition helped the girls become laureates of the national TV award in the field of popular music "MUZ TV" as "The best duet".

In the spring of 2010, our heroine presented her second solo album entitled "About Me". The record included such hits of the singer as “Love Lives Somewhere”, “Love Under the Sun” and a duet with Irina Dubtsova “Who? What for?".

“The new album is a new stage in life, both creative and personal. I called the album "About Me", because everything that is in this music and words is pure truth. If you want to know something about me, then the best way is to listen to my songs than to read the news on the pages of some publications. Here it is impossible and not necessary to lie ", - the singer described her album. After a while the singer received a red diploma from the Moscow Art Theater.