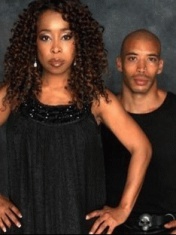 
The name SNAP! is associated primarily with the dark-skinned giant Turbo B, but in reality there are two invisible producers behind the project. At first, Münzig and Ancelotti hid under pseudonyms, believing that artists from continental Europe could not be successful in England and the United States. The first version of the hit "The Power" was completely cut from samples, and only under the threat of prosecution, Luka and Michael had to invite real vocalists to the project. It was then that the American Turbo B came in, and with him the singer Penny Ford (Penny Ford). The re-recorded track climbed to the top of the British charts, became the second in the USA and Germany, and SNAP themselves! became the headliners of commercial dance hip-hop. In 1990, the debut album "World Power" was released, three more singles from which reached the British top ten. The second album "The Madman's Return" was released in 1992, during the recording of the disc in the group there was another vocalist Thea Austin. It is her voice that sounds on the most successful single in the history of the group "Rhythm Is A Dancer". This time, the Germans again found themselves in the wake of dance fashion, exchanging the hip-hop locomotive for the picking up pace of the Eurodance locomotive.

In 1993, Turbo B left the group, deciding to perform solo, and Michael and Luca began to publish as singles pretty reworked versions of tracks from "The Madman's Return", equipped with vocals of another new singer Nicky Harris, former Madonna backing vocalist (Madonna). The third album "Welcome To Tomorrow" appeared in 1995. There was no longer a smell of rap here, its place was taken by the "pumped" eurobeat, who now and then tried to pretend to be a trance. However, the third change in the image of the group did not bring success, and in 1996 the project was disbanded. In the next decade SNAP! reminded of themselves mainly by remixes and re-releases. New versions of "The Power" and "Rhythm Is A Dancer" were released every three years, and even flashed in the charts. In the wake of the success of the remixes, Münzig and Anzilotti revived SNAP in 2005 with a new vocalist nicknamed Loc, but none of their singles made it to the charts.