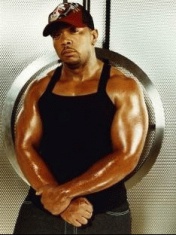 He started in the 1990s, recording with his friend Magoo as part of the duo Timbaland & Magoo. In addition, he wrote and arranged compositions for his school friend Missy Eliot and for the young singer Alia. His original, unrepeatable arrangements - inspired by Prince's "funky" work - opened a new page in the history of popular music, gaining widespread recognition from both experts and the general public.

By 2006, Timbaland's signature sound became the standard of modern hip-hop and R'n'B, as evidenced by the fact that during this period six singles featuring Timbaland climbed to the top of the Billboard Hot 100 (three performed by Justin Timberlake and three tandem with Nelly Furtado). Also, since 2007, he began to create most of his hits in a brilliant tandem with Danja. His albums FutureSex / LoveSounds and Nelly Furtado's "Loose" albums by Justin Timberlake became bestsellers in 2006 and received more than one platinum in the United States.

In 2009, work on Dima Bilan's studio album was completed. The presentation of the album took place on May 15. 12 of the 15 songs on the "Believe" album were recorded at Timbaland Studios. The album also features Jim Beanz, Charlie Huep, rapper DOE, Timbaland's brother Sebastian and Ryan Tedder.

In November 2010, Timbaland announced that he would be releasing a new song every Thursday. She plans to release her new album "Shock Value III" in 2012. Some of the singers who will appear on the album will be Keri Hilson, Missy Eliot and Chris Brown. Timbaland also produced a song for Chris Brown called "Paper, Scissors, Rock", which was featured on Chris' fourth album, "FAME".