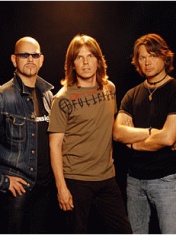 Europe gained worldwide fame in the 80s of the XX century, after the release of their third album The Final Countdown (1986), which became very successful commercially - in the USA alone it sold over three million copies. From 1986 to 1992, the group sold over 20 million albums worldwide and thus ranked 4th on the list of the most successful projects from Sweden.
In 1992, the group temporarily ceased operations. On New Year's Eve 1999, the musicians reunited to perform in Stockholm and announce plans to officially reunite the band in 2003.

03:08
Got To Have Faith
Поверь
Comments