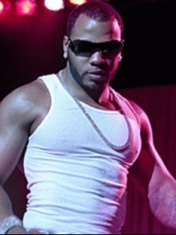 
Usually American rappers tend to be as "gangsta" as possible. They knit their brows, rattle their weapons and boast that they grew up in a ghetto and at the age of 13 "held the block", even if nothing of the kind actually happened.

Flo Rida is not like that. He moved in the opposite direction from the beginning. "All my friends served in due time - he says - but not me! I preferred to look at things positively and chose hip-hop. The correct outlook on life was taught to me by my mother, who alone raised me and my seven sisters. If you believe in it , she said - you can achieve it. And I believed in music. "

Such an unusual mentality for a rapper, of course, could not but affect Dillard's work. His music does not fit into the framework of what is commonly called gangsta rap. In the songs of Flo Rida, one can feel a much broader and rather original musical thinking. First of all, it is striking that such an unexpected genre in this case as electro is taken as a basis. Disco influences and even tribal influences are also heard. The rhythmic structures are reminiscent of both r & b and old-school hip-hop, and when choosing the very sound of the drums, the arrangers were clearly inspired by the minimal style. All this together, given the definitely talented composer's work, sounds very fresh.

Tramar Dillard was born on December 16, 1979, as you might guess, in Florida. As already mentioned, instead of running through the streets with a smuggled UZI machine gun, he concentrated his attention on music from childhood and, as a teenager, already worked in the 2 Live Crew. A little later, he organized his own band, with which he began to break through to labels. At first, he did not succeed, and he spat on hip-hop and went to university. However, he did not have time to finish his studies, because the labels paid attention to him, and he fled from the university to the world of show business without any regrets.

Tracks from the first two Flo Rida albums broke a lot of various records in popularity and sales, and among the musicians with whom our hero collaborated, there are such figures as Nelly Furtado, Madonna, Timbaland, Wyclef Jean (Wyclef Jean) and many others. In the summer of 2010, Flo Rida will release a new album, which promises to break all records again and collect numerous awards. Suffice it to say that the first single "Zoosk Girl" was produced by David Guetta, and the video was shot by Jonas Akerlund, who made videos for Madonna, The Prodigy, Metallica and other artists of this magnitude.