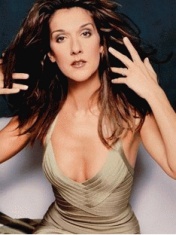 
Little Celine recorded her first song at the age of 12, and already at the age of 13, the famous producer Rene Angelil took her under his wing. Rene would have known where this creative union would lead him! But initially the bet on the young star was made surprisingly correctly and accurately: Dion was positioned as a universal singer, capable of singing everything - from jazz to rock.

Not surprisingly, it gained popularity with songs by Luc Plamondon, author of the superseded rock opera "Starmania". Stella Spotlight's part in this opera seemed to have been written especially for Dion. It was in the songs of Plamondon, which made up the golden fund of the world musical, that Dion's vocal talent was revealed most multifacetedly.

Celine's two English-language albums, "Falling Into You" and "Let's Talk About Love", became international hits, and the legendary track "My Heart Will Go On", featured on the soundtrack of the movie "Titanic", received an Oscar.

Rene and Celine got married in 1994, the couple had a son, and even Rene's serious illness (the producer was diagnosed with cancer) could not darken the family happiness of the star couple. Today Seli continues her dizzying career, becoming one of the main Canadian pop stars.

04:42
Falling Into You
Растворяюсь в тебе

03:59
That's The Way It Is
Это действительно так

02:12
Because You Loved Me
Потому что ты любил меня

00:27
Teaser Video - Loved Me Back to Life
Comments