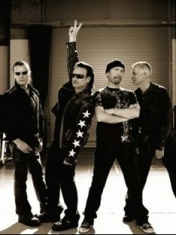 
From the very beginning of their careers, U2 positioned themselves as a highly social group aimed at working with a progressive sound. Having relied on creating vivid concert images, U2 quickly became one of the most popular Irish bands, and Bono was recognized as one of the best vocalists and showmen of rock in the 80s.

At the forefront of music, U2 collaborated heavily with producer Brian Eno, and the albums The Unforgettable Fire and the subsequent The Joshua Tree took the band from the talent camp to the classics of world rock. U2's performance was recognized as one of the best performances on a par with Queen's phenomenal set at the grandiose concert to help the starving Ngarods of Africa Live Aid. In the midst of the performance, Bono jumped from the stage into the audience and began to dance with one of the fans, thereby demonstrating all his nepotism and closeness to the fans.

In the late 90s, the band continued to experiment with sound: the electronic rhythms of the album "Pop" were replaced by the lyrics of the controversial album "All That You Can't Leave Behind", again produced by Brian Eno. Although the sound of the album was criticized by individual journalists and fans, this album once again took U2 to the top of the world charts.

The band continued their concert experiments, erecting grandiose stage structures on subsequent world tours, the most unusual of which was the giant rotating stage with huge screens used on the U2360 tour in support of the album "No Line On The Horizon".

In addition, U2, in addition to active musical and social activities, realized themselves in the film industry: their song "Hold Me, Thrill Me, Kiss Me, Kill Me" was included in the soundtrack of the film "Batman Forever", and "Elevation" - on the soundtrack of the dilogy about Lar Croft. By the way, U2, who are ardent fans of the virtual diva, even received permission from Eidos Interactive to use the image of Lara in the stage show of U2. Now the beautiful treasure hunter watches the audience from giant screens along with the musicians themselves.

04:34
The Hands That Built America

04:17
Some Days Are Better Than Others

05:12
The Little Things That Give You Away

04:02
Love Is Bigger Than Anything In Its Way