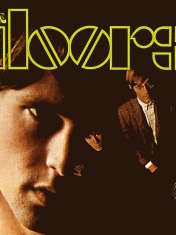 Ray Manzarek, an undergraduate student at the University of California, met with a freshman at the same university J. Morrison and was delighted with his poems. They decided to create their own group. The title The Doors was taken from Aldous Huxley's essay "The Doors Of Perception".
In 1966, the band signed to Columbia / CBS, but not a single song was written in a year. Only after signing a contract with Elektra Records, the musicians released in 1967 a magnificent debut album of the same name, which became an international bestseller, helped by the release of the single Light My Fire, which topped the US charts. In the same year, the album Strange Days was released, which was sold, like the first, in a million copies and was included in the national Top 3.
In 1967, the first charge of "disturbing public order" was brought against Morrison - the singer provoked the police during a concert in Connecticut, and they together rushed onto the stage, where, in the presence of several tens of thousands of spectators, Morrison was arrested. Accusations of this kind have been made against the singer on several occasions.
The third album Waiting For The Sun was released at the end of 1968 after two American (Top 40) singles: The Unknown Soldier (a movie was shot for this single, in which Morrison's "shooting" was shown - this was the first promotion video in the history of rock) and Hello, I Love You, which became their second number one single. The album also had a million copies and reached the first place on the national charts (in the UK - 16th place). The next Soft Parade disc was almost ready when Morrison was once again arrested by the police, followed by new arrests, each time on the same charge - disorderly conduct.
1969 saw the release of Touch Me, the third single to sell a million copies. However, other singles sold poorly. In April 1970, the band recorded the Morrison Hotel CD, which marked their return to rhythm and blues, the style with which the band began.
In September 1970, the band released a double live album, Absolutely Live. This disc became the sixth one to enter the national Top10. A few months later, the collection "13" was released.
Having finished recording the new album LA Woman in early 1971, Morrison left for Paris, where he died suddenly on July 3 from a heart attack. The legendary singer was buried at the Père Lachaise cemetery, the most famous in Paris.

The decision of The Doors to continue working without Morrison surprised many - the significance and role of the singer as a catalyst for the band's creativity could not be overestimated. However, two albums recorded with session musicians, Other Voices (1971) and Full Circle (1972), entered the US charts.
In 1972, through the efforts of the band's musicians, the double album Weird Scenes Inside The Gold Mine was released. However, by the end of 1972, the group had practically disbanded. Some of the musicians began a solo career, someone tried to create a new group, although these attempts were unsuccessful.
In the 1980s and 1990s, The Doors discs were regularly reissued - The Doors' Greatest Hits (1980; in 1981 he was awarded a platinum disc for a million copies), Best Of The Doors (1987), An American Prayer (1995), etc. In 1991 Oliver Stone's film "The Doors" was released, in which the role of Morrison was played by the famous actor Val Kilmer, who brilliantly performed several songs of The Doors.

Break On Through (To The Other Side)