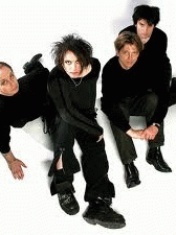 The legendary band The Cure was formed in 1976 in Crowley, England. The composition of the group was constantly changing, but Robert Smith, the lead singer, guitarist, composer, was and is. At first the group was called "Malice", but gradually the name was transformed into "The Cure". Trio Smith, Tolhurst and Dempsey released their debut single "Killing an Arab" in September 1978, which caused a lot of buzz.

Already in May 1979 their debut album "Three Imaginary Boys" was released.

The second single "Boys Don't Cry" was released in June.

Almost immediately after this, the first change in the team occurs: Dempsey leaves and Simon Gallup and Matthew Hartley come.

The band's second album, "Seventeen Seconds", was released in 1980 and peaked at number 20 on the official UK charts. And the first hit of the group was just the single from this album - "A Forest".

After that "The Cure" embarked on their first world tour.

In 1982, the album "Pornography" was released, which hit the top 10 of the British charts, reaching number eight.

The group is becoming more popular and commercially successful. However, the group starts to have problems in connection with the next change in the composition, but already in 1984

"The Cure" released the album "The Top", which clearly traces the influence of psychedelic rock. The album entered the top ten in the UK and also entered the US Billboard 200 national chart, peaking at # 180.

In 1985, the band released The Head on the Door, which became even more successful.

During this period, "The Cure" became a very popular band in Europe, in particular in the Benelux countries, France and Germany, and made them talk about themselves in the USA.

In 1989 the album "Disintegration" was released. Three singles from the album hit the Top 30 in the UK and Germany ("Lullaby", "Lovesong" and "Pictures of You"), and the album itself debuted at # 3 on the UK National Charts and peaked at # 12 on the Billboard 200. the group is being rearranged.

In 1991, The Cure won a BRIT Award for Best British Group.

This is followed by long legal proceedings: Tolhurst and Smith "share" the name "The Cure". Despite this, the band recorded the album Wish, which peaked at number one in the UK and number two in the United States.

The musicians continue to write songs and release albums, which are gaining more and more recognition.

In the same year, the album of the same name was released.

The next album was released only in 2006. It was called "4:13 Dream" and received a mixed assessment.

In 2011 the double live album "Bestival Live 2011" is released. It became the band's first live album since 1993. In 2012, "The Cure" was announced as headliners at a number of summer festivals in Europe, including Primavera Sound in Barcelona, Maxidrom in Moscow (this is the band's first performance in Russia), the Roskilde festival and the Reading and Leeds festivals.