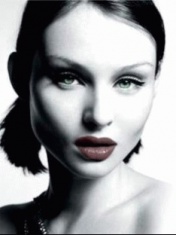 
English singer, composer, solo singer Sophie Ellis-Bextor began her musical career in 1997 as the vocalist of the indie rock band theaudience, but the band did not last even a year. Sophie tried to start a modeling career and sat down to write a book, but she soon got bored with these activities.

In 2000, Venetian (Italy) DJ Cristiano Spiller invited Sophie to take part in the recording of the vocals for his composition "Groovejet", which managed to get into many dance compilations, which received the additional name "If This Ain't Love" ("If This is not love…"). The song hit the first places in many charts. This success largely predetermined the beginning of Ellis-Bextor's solo career.

Since June 25, 2005 Sophie has been married to the bass-guitarist of the British band "The Feeling" Richard Jones. The couple have three sons.

03:38
В избранное Новый плейлист
Клип Sophie Ellis-Bextor - Get Over You

The Deer & The Wolf

Love Is A Camera