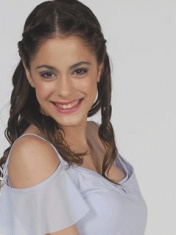 Argentine actress, singer and dancer best known for her starring role in the Disney Channel's youth television series Violetta.
In 2011 Stossel was granted the recording rights to the Spanish version of the song "The Glow" ("Tu Resplandor"), the original of which was sung by singer Shannon Saunders. The song was included in the album "Disney Princess: Fairy Tale Songs" In addition, in 2012, the song "En Mi Mundo" ("In my world") and songs with Pablo Espinosa " Tienes Todo "and Lodovica Comello" Junto a Ti ".