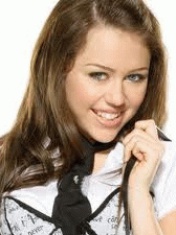 Miley Cyrus is an American actress and singer, daughter of country performer Billy Ray Cyrus. She was born on November 23, 1992, in fact, her pseudonym was invented already in childhood: she received the nickname Miley (Miley, derived from Smiley - smiling), because she was a smiling child. In 2008, the singer officially changed her name to Miley Rae.

Cyrus's career began in 2001 when eight-year-old Destiny Hope played a girl named Kylie in an episode of the Doc series. However, success was brought by the series "Hannah Montana", in which she played the main role, having passed the casting at the age of twelve: Miley's vocal abilities and perseverance played a decisive role here.

Accordingly, Cyrus's first single was The Best of Both Worlds, the main theme of Hannah Montana. It was released on March 28, 2006, but the heroine of the film, Hannah Montana, is indicated as the performer of this hit. But immediately a song comes out under her name - it was a cover version of the hit by James Baskett "Zip-a-Dee-Doo-Dah". On October 24 of the same year, the series soundtrack disc was released, which contains 9 songs. The last song was a duet with her father called "I Learned from You". The popularity went through the roof: this album reached the first line of the Billboard 200!

The singer's solo career began in June 2007, although the echoes of "Hannah Montana" were still heard: labels Walt Disney Records and Hollywood Records released a double album "Hannah Montana 2" / "Meet Miley Cyrus", half of which is again the soundtrack for the series " Hannah Montana ”, and the second half was composed of songs not related to the heroine Miley.

In April 2008, Cyrus topped Forbes magazine's top ten richest children and teenagers aged 8-16. Until now, Miley has successfully acted in films, studied music and even wrote an autobiography. In 2010, Miley released her third solo album, Can't Be Tamed. The image of this young singer is becoming more vivid and sexy. Miley was ranked thirteenth on Forbes' 2010 Celebrity 100 list. In April - July 2011, Miley embarked on the Gypsy Heart Tour. And 2012 is full of events for the singer's fans: they will see the release of a new album, the release of two films with her participation ("LOL" and "Undercover").

13
Party In The Hurricane

5
The Best Of Both World