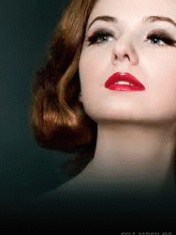 Lena Katina was born on October 4, 1984 in Moscow, in the family of the famous musician Sergei Katina, who at one time collaborated with the Dune group, Marina Khlebnikova and other representatives of show business. From the age of 4, on the initiative of her father, Lena Katina attended various sports clubs and music circles in order to develop plasticity and creative abilities. At the age of 10 she became a soloist of the famous children's ensemble "Avenue", where she sang for 3 years. At the age of 13 she was enrolled in the vocal-instrumental ensemble "Fidgets", where she met and made friends with Yulia Volkova. At the audition, she sang a song in Spanish and impressed the commission with the timbre of her voice. Soon Lena left the ensemble due to her age - in "Fidgets" they sing up to a maximum of 14 years. At the age of 15, she successfully auditioned for a musical project that was soon named Tatu. Later, the second girl, Julia Volkova, was enrolled in the project, who, according to the results of the casting, was in second place after Lena. The song "I've lost my mind", released in 2000, quickly became a hit and glorified the group "tATu".

In 2009, the group disbanded, and Lena Katina left for Los Angeles (USA), where she began recording her first solo album.

A year later, in the summer of 2010, in Los Angeles, the singer first performed alone on stage at the Troubadour club, and then at the LGBT PrideFest in Milwaukee.

In the summer of 2011, Lena's first song "Never Forget" sounded on FM.TU radio in Mexico. In the autumn of the same year, her song "Waiting" sounded for the first time on the Echo of Moscow radio station. A little later, a joint video clip of Lena Katina and the "Belanova" group called "Tic Toc" appeared.

On April 28, 2012, Dave Audé's remix of Lena Katina's "Never Forget" topped the Billboard Dance / Club Play Songs all-American music chart. Only the group "Tatu" has achieved such success among the performers from the CIS.

On September 29, 2012, Lena Katina gave a concert in St. Petersburg at the International Queer Culture Festival "Queerfest-2012". Here Lena for the first time publicly performed the song "Yugoslavia", dedicating it to Ivan Shapovalov, the first producer and creator of the Tatu group.

In September-October 2012, two songs premiered: “Shot” (in a duet with Russian rapper T-killah on the radio station “Love radio”) and “Paradise”, recorded together with Russian composer Sergei Galoyan. On October 31, 2012, Lena Katina performed a 15-minute concert in West Hollywood (Los Angeles, USA) as part of the world's largest carnival dedicated to Halloween.

On December 11, 2012, Lena Katina, for the first time in more than 3 years, reunited with her former colleague Yulia Volkova for a joint performance in Bucharest (Romania) on the Voice TV show in support of the anniversary reissue of the album 200 km / h In the Wrong Lane (10th Anniversary Edition) ".

On February 7, 2014, Lena Katina and Yulia Volkova performed at the opening of the XXII Winter Olympic Games in Sochi.

Now Elena lives in Los Angeles, where she continues to pursue a solo career.

Wish on a Star