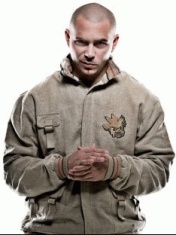 
Pitbull was born in Miami to a family of wealthy Cuban immigrants. It was the southern disco culture, where the so-called crank was born in the 2000s - the southern version of hip-hop, combining elements of various dance styles, more rhythmic and "sunny", and influenced the future star of dance floors.

Pitbull did not really want to be engaged exclusively in cracking, but the music and fame attracted the young man extremely. Then he began to make various mixes for Miami discos and was soon noticed by Lil Jon himself, who was called in Miami nothing less than "the king of crank". Lil John was just working on the soundtrack for the movie "Fast and Furious 2" and the services of a young and talented DJ came in handy: the first joint single of Pitbull and Lil John "Oye", which sounded in the film, became a hit and strengthened Pitbull's heart desire to start a solo career. Moreover, the moment was just right.

Under the careful production guidance of Lil Jonah, Pitbull records his first album, MIAMI: Money Is A Major Issue, followed by his second album, El Mariel. Then Pitbull began to spread rumors that the next album would be entirely Spanish-speaking, and that the rapper could not wait to return to his linguistic roots (which he had already started doing in the song "Qué Tú Sabes De Es"). However, to the displeasure of fans, the next release - "The Boatlift" - did not turn out to be such, but it included a large number of duets with friendly rappers from the Miami party: from Lil John himself to Trick Daddy, who read the song with Pitbull " Dukey Love ".

Pitbull's fourth album, Rebelution, is already a serious claim to international success. Firstly, it was released on the musician's own label, and, secondly, the level of guest stars has grown beyond Miami (which is just the participation of the Jersey Akon), although, of course, it was not done without the ubiquitous Lil John, who does not release A pit bull from the producer's custody.

However, Pit Bull's music has already moved beyond the traditional southern rap, becoming more and more danceable, and Cuban cheerfulness has never disappeared from it. Perhaps this is precisely what contributed to the fact that one of the album's singles - "I Know You Want Me (Calle Ocho)" - reached the second place in the Billboard magazine charts.

03:12
1
Celebrate (from the Original Motion Picture Penguins of Madagascar)

I Know You Want Me