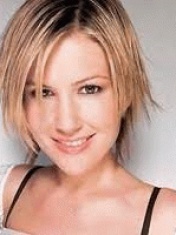 Dido Florian Clu de Bunevial Armstrong is a British pop singer performing under her real name Dido. She began to study music already in childhood: from the age of six, Daido attended the Guildhall School of Music in London, and her talent was already undeniable, because already at the age of ten she owned a piano, violin and recorder.

Starting a solo career, she recorded the album "No Angel", which became very successful thanks in large part to Eminem, who used the verse "Thank you" from the Daido album in his song. And her participation in the filming of the video for Eminem's song "Stan" gave her five nominations: Video of the Year, Best Male Video, Best Rap Video, Best Direction (Dr. Dre & Philip Atwell), Best Cinematography (Dakek Wolski).

Already in February 2001, Daido was nominated for the Brit Awards as one of the best British female singers. Her album does not stop selling: in March it already becomes three times platinum, and by July - already four times platinum.

In August 2001, the singer starts working on a new album "Life for Rent". However, only after a hiatus, Dido recorded a new disc with his brother Rollo, a member of "Faithless", and Rick Knowles, who worked with Madonna. "White Flag" is the first single from the album. The disc became the best-selling disc in the UK in 2003 and 7th in the entire decade from 2000 to 2009.

Her third album "Safe Trip Home" was released only in 2008.

04:13
Let's Do The Things We Normally Do
Давай сделаем всё как обычно
Comments