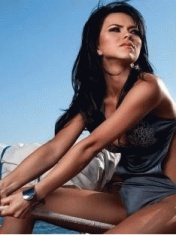 On the post-Soviet scene, you rarely find an artist to whom you can present high standards of world show business. In Romania there is such an artist - a sweet girl named Elena Alexandra Apostoleanu, working under the pseudonym Inna.

Inna is the fruit of the work of a popular Romanian pop group called Play & Win. The trio included the ambitious Alexandru Barac, Marcel Botezan and Radu Bolfea. Starting as a standard pop trio, these musicians reoriented themselves to producing in the mid-2000s and became one of the most successful producers in Eastern Europe, recording over 300 singles for their wards. The groups and performers that emerged from the Play & Win wing gained popularity first in their native Romania, then the expansion of the production team to other European countries began, the music of Romanian musicians began to sound in discos in Greece and Spain, but the production trio longed for an international calling. And the first really big success was the contract of Play & Win singer Catalin Josan with Universal Music. But to gain a foothold on the world musical Olympus, this was not enough - a star was needed who would achieve success on the other side of the ocean. And Inna became such a star.

A young girl, originally from the Black Sea coast, Inna dreamed of singing since childhood, and at the age of eight she began to take her first vocal lessons. True, the musical hobby did not prevent the beauty from getting an education that was very far from music - Inna studied at the Romanian Higher School of Economics and the College of Political Science.

But, falling under the wing of Play & Win, the beautiful brunette abandoned the economy - having made a bet on disco music that could take over European dance floors with lightning speed, Inna released her debut album Hot, which instantly became a bestseller in her native Romania, and then in fraternal Poland. , Croatia, Russia (for the latter, Inna even records Russian-language versions of several songs). The Romanian MTV in 2009 presents Inna with four awards, proclaiming her the most successful artist of the year. In addition, the insane popularity of Inna on the network speaks in favor of the upcoming international recognition - on YouTube, her videos for the songs Hot and Love scored over 50 million views.

Naturally, after this, Western promoters seriously drew attention to the artist - Inna signed a contract with the American Ultra Records, which promotes the girl in the USA and Canada. The success was not long in coming: the single "Hot" reached the first place in the Billboard charts, making Inna the first contemporary Romanian star on an international scale. Play & Win achieved their goal in the shortest possible time: Inna's debut album was released quite recently - in 2008, and the second disc planned for 2010 will be released not only in Romania, but also in the USA, where the young singer, who has supplanted the aging dancefloor stars, is more than favorable.

However, Play & Win are promoting themselves simultaneously with Inna - in her new single “10 Minutes” they participate not only as producers, but also as performers. And in fact, it's enough to stay in the shadow of the charges for so long - it's time to declare yourself to the world, using Inna's talent as a "battering ram".

04:24
Endless Behind The Scenes