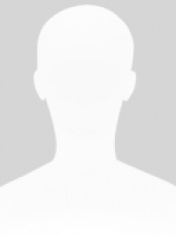 It all started when three friends, Mitch Grassi, Kirsty Maldonado and Scott Hoing, while attending school (Martin High School, Arlington, TX), heard about a music competition and created a cover version of Lady Gaga's song "Telephone". Despite the fact that they did not win the competition, they still attracted attention not only at school, but also on YouTube.

Trio Sings Telephone by Lady Gaga in Concert
Scott and Kirsty graduated from high school in 2010. Scott went to the University of Southern California for a BA in pop music, and Kirsty went to the University of Oklahoma, where she became a member of musical theater. Mitch, the youngest member of the trio at the time, was in high school.
One day Scott heard from a friend at university about the "Sing Off" competition. He convinced Kirsty and Mitch to take part, however, the competition required at least five participants. Then Scott found Avi Kaplan through a mutual friend. After seeing a YouTube video of Kevin Olusola playing cello and reading beatbox, Scott also invited Kevin to join the band. So, the day before the audition, the band was already fully assembled.

Joy To The World