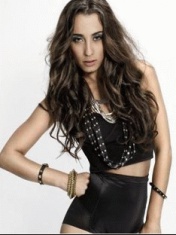 Danish of Chilean descent, Medina released her first single “Et øjeblik” (“One moment”) at the age of 25, in 2007. The next single, "Kun for mig" ("Only for me"), brought the singer nationwide fame, holding on to the first place on the Danish dance charts for 7 weeks. This single is still the best-selling single in Denmark, with over 2 million people already purchased.

The English version of the same song was called "You and I" and had modest success in the UK (39th place in the British singles charts), but it became very popular in Russia. Medina has already released two albums, and in 2009 won the prize for best Danish artist according to MTV Europe.