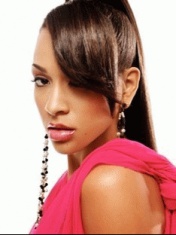 Olivia was born in 1988 in England, the son of an English woman and a Creole. The girl spent most of her childhood in her father's homeland, the island of Barbados. Already at the age of 11, Olivia wrote the first song, and at 15 she learned to play the guitar.

The first demos of the young singer were made in Barbados and Miami. Personal acquaintances with company managers helped her to sign a contract with Jive Records. Even before that, Livvy studied stage skills, and also wrote songs for other artists.

On June 15, 2009 Livvy's first single, "Now I'm That Bitch", was released, produced by Salaam Remi, who also worked with Amy Winehouse. The singer's first album is in the works, on which, together with Livvy, producers RedOne, JR Rotem, Greg Kurstin and others will work.