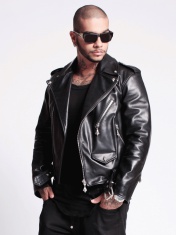 Glamorous rapper Timati, the owner of nightclubs and clothing brands, serves as an object of hatred in domestic hip-hop on the part of "true" rappers, who talk about how everything sucks in their city and in general. Timati has a lot of trouble, cars, nightlife ... Meanwhile, we must pay tribute to Timur: he greatly expanded his audience, leaving the subcultural ghetto on wide television screens.

Timur Yunusov was born on August 15, 1983. His father is a serious businessman Ildar Yunusov, but, according to Timati, dad built his upbringing on the fact that children should achieve everything in life themselves. However, the question of what merit in Timati's wealth belongs to his father and how real this wealth is in general is debatable. However, there is no doubt about the fact of the artist's true love for hip-hop. Starting his career as a club promoter, he quickly put together his own project, VIP77, and began looking for ways to promote his music.

As a result of these searches, Timati appeared as a backing vocalist for the odious Decl and at Igor Krutoy's "Star Factory-4" (2004). By the time of his participation in the television pipeline, the rapper was already quite popular in narrow circles and, according to him, went to the "Star House" to popularize rap.

The plan was a success, although for the sake of its implementation it was necessary to abandon his group and lead the collective "Banda", made up of four "manufacturers". Nevertheless, Timati's popularity gained on the project is successfully monetizing: he opens his own club, launches the hit "In Our Club", which receives rotation not only on rap radio stations.

Since then, Timati feels quite organically in the role of the most popular rapper: he acts in films - mainly in the roles of himself or a person very similar to him ("Heat", "Hitler Kaput"); releases albums with "weighty" titles "Black Star" and "The Boss"; runs a club business; collaborates with Western musicians and producers. In 2009 he recorded a joint track "Groove On" with Snoop Dogg, and the song "Love You" unexpectedly received official support from the Federal Agency for Youth Affairs. Timati's personal life is meaningful and diverse, but a bold attempt to commercialize it too last year ended in fiasco. The rapper decided to make some rich madness happy and become a sperm donor for her for only 100 thousand euros. No volunteers were found.