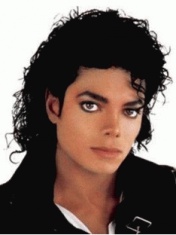 
The recognized king of pop music (The King of Pop), the largest representative of the world of show business. Unprecedented record holder: leader in number of solo album sales, hits recorded and awards received, including the most prestigious - the Grammy, the industry's main newsmaker for decades. The musician who radically changed the course of the history of the recording industry, developed music video to the level of an independent genre, became the brightest star in the history of pop music, lasted exactly four decades on the professional scene.

Creation
Michael Jackson has shaped a fundamentally new sound in contemporary performing arts. His work has absorbed the original intonations of Negro music (however, somewhat simplified), a powerful rhythmic element, a catchy melody, bright vocals, the boundaries of which range from lyric to temperamental. To Jackson's professional handwriting developed over the years, one should add a natural component: a unique, incredibly flexible and rich timbre voice, which he was fluent in and which was transformed depending on the musical drama, but was always recognizable. All this, plus the instinct of Michael the arranger, who knew how to design each song so that it became a new word in pop music, made him a role model - many musicians of later generations worked under the influence of Jackson. Michael's musical phenomenon also lies in the fact that his music, even the one that was created decades ago, still sounds relevant.

Dance
Michael Jackson went down in history as a brilliant dancer who composed and embodied on stage and in video clips a unique choreography that, like his music, has inspired more than one generation of artists. The most famous element of Michael's original dance is the so-called "moonwalk" - first shown at the anniversary of the record company Motown Records in 1983.

Life and career
Michael Jackson was born into a large family of crane operator Joseph Jackson and his wife Katherine. Already at the age of five, he showed excellent musical abilities, which led him to the family group The Jackson Five. After several years of hard rehearsals and successful performances in his home state of Indiana, as well as the appearance on the stage of the Harlem Apollo Theater (the charismatic frontman was only 9 at the time of the landmark performance), the record company Motown Records offered the band a contract. The band gained a lot of popularity in the United States and Michael became the undisputed star.

In 1972, Michael recorded his first solo album. In 1979, the artist reached a new level of success, recording in collaboration with Quincy Jones a magnificent disc "Off the Wall". The next album, "Thriller" (1982), broke all sales records and is still considered the best-selling album in the history of recording (over 100 million copies worldwide).

In later years, the public's attention was more attracted by the numerous rumors about the singer's personal life, which caused loud scandals. In 2005, after being charged with child molestation, a jury acquitted the king of pop music in full, but Jackson, who wanted peace, disappeared from the public eye. In the spring of 2009, Michael announced his return to the stage in July of that year. All tickets for the 50 scheduled concerts in London under the new "This Is It" program were instantly sold out. However, on June 25, 2009, the musician died tragically as a result of cardiac arrest resulting from an overdose of propofol. Personal cardiologist Konrad Murray, who misused the drug, is accused of manslaughter of the star. Mile Jackson is survived by three children: Prince, Paris and Blanket.

The way you make me feel

They don't care about us

07:44
A Tribute to Michael Jackson feat. This Is It

04:37
Do You Know Where Your Children Are