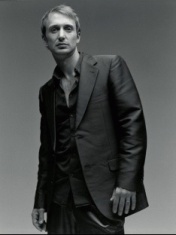 French-born David Guetta is listed as one of the pioneers of the European dance scene somewhere near Laurent Garnier. In the late eighties, Guetta dabbled in hip-hop and acid house and played records in gay Parisian clubs and on the popular radio station Radio Nova. Garnier, in his book Electroshock, describes a colleague as "a guy in whom a love of good music strangely coexisted with a craving for rhinestones and glamor." This characteristic is clearly not devoid of malice, but it gets to the point - a native of the underground club scene, Getta slept and saw himself as a pop star, and in the end he achieved his goal.

Guetta's DJ career began in the mid-eighties and, as all children of the disco era, at first played pop records. Dvid fell ill with house music in 1987, when he heard on the radio one of the first compositions by Farley Jackmaster Funk, and three years later, the Frenchman was already known as one of the leading house DJs in the country.

Guetta's first single was released back in 1990, when David joined forces with rapper Sidney and recorded the album "Nation Rap". The track corresponded to all the canons of the then fashionable genre of hip-house, a dance hybrid of hip-hop and house. However, the disc did not win any special laurels, and the Frenchman made his second attempt only four years later. The duet with house classic Robert Owens turned out to be a little more successful, but did not bring the expected fame to the author.

In 2001, French Guetta e shot two singles "Just A Little More Love" and "Love Don't Let Me Go", which felt equally good both in clubs and on pop radio stations. But the most explosive was, of course, the action movie "The World Is Mine" dated 2004.

She wolf (Falling to Pieces)

Lovers On The Sun

What I Did For Love
Comments