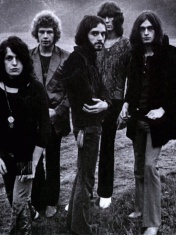 "Yes" is a British rock band performing music in the style of "progressive rock". The band was founded in 1968 thanks to John Anderson and Chris Squire.

Neither the constantly changing fashion for music, nor the disintegration of the group and the change in line-up have prevented this collective from existing for 40 years!

The band members do not skimp on new experiments and often use symphonic "structures", combining different styles.

Their first debut album "Yes" in 1969 was not commercially successful, but critics already predicted a stellar future for them.

In 1970, the second disc of the group "Time and a Word" was presented to the public, in which there were only two cover versions and the predominance of the orchestra and keyboards over the guitar and vocals was clearly expressed.

The album "90125" was released in 1983 and was noticeably different from all the previous ones. Plus, it has sold 6 million copies!

As a result, in July 2011, after a ten-year hiatus, the band presented us with their 21st album "Fly from Here", which was based on the song "We Can Fly from Here", recorded during the creation of the album "Drama" in 1980 , but not included in it.

04:48
No Opportunity Necessary, No Experience Needed