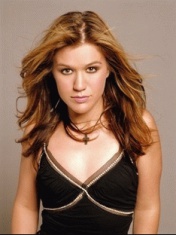 
Kelly Clarkson, who began singing in the school choir, became famous throughout America after winning the American Idol reality show in 2002. After this victory, Kelly had to fulfill a number of contractual obligations to the owners of the show, in particular, to participate in the filming of a film about herself and her rival in the "From Justin To Kelly" competition, the script of which Kelly herself called "very bad", as well as performing on the World Idol competition, which brought together the winners of similar American Idol competitions from around the world.

After the end of her contract, Kelly released her first album, Thankful (2003), which debuted at the top of the Billboard charts and went double platinum. However, critics noted that she still exploited her image, which she developed during her participation in the show, so the next album, Breakaway (2004), was more focused on a rock audience; so, the track of the same name was co-written with Avril Lavigne. The album went six times platinum in the United States and stayed on the Billboard list for a year. In 2007, the album My December was released, and in 2009 - All I Ever Wanted. Work is in progress on the next album for a 2010 release. Critics and fans alike are unanimous in praising Kelly Clarkson's vocal qualities, her outstanding ability and skillful voice work. However, despite the high sales figures, the music product produced by this singer hardly differs from the huge mass of similar pop material. Like many young American stars, Kelly takes an active part in social activities and acts in films.

03:52
Before Your Love
До твоей любви

01:41
Behind the scenes of the Dark Side videoshoot

03:31
1
My Life Would Suck Without You
Жизнь без тебя была бы невыносимой