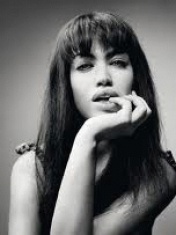 Aura Dion is the pseudonym of the singer Maria Louise Johnsen, who is the author and performer of Faroese, Spanish and French songs. Maria Louise was born on January 21, 1985 in New York into a hippie family: a Faroese-French mother and a Spanish-Danish father. They introduced her to music at the age of 8, and at that age she wrote her first song. However, the family did not stay in one place for a long time: first they moved to Denmark when Aura was seven years old, but then the place of residence changed again. In Australia, the girl devoted a lot of time to studying Aboriginal creativity, drawing inspiration from their music. She sang about this in the song "Something From Nothing".

Dion made her debut in the summer of 2007 with the single "Something From Nothing", but her success came after the song "Song for Sophie". Both tracks were included on her first album, Columbine, which was released in 2008 and has sold 100,000 copies worldwide. The single "I Will Love You Monday", from the same disc, went platinum.

On November 4, 2011, Aura released her second international studio album, Before the Dinosaurs. The first single "Geronimo" was produced by David Jost and peaked at number one on the German Media Control Charts. In the same year, Dion won the European Border Breakers Award for International Breakthrough. In 2012, the single "Friends" was released - the second from the album "Geronimo".