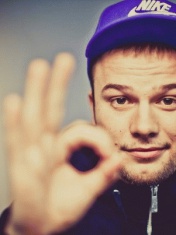 Belarusian rapper Max Korzh was born in bakery # 1 in the city of Luninets on November 23, 1988. From the age of 14 he began to get involved in hip-hop music, in particular, the work of such genre gurus as Onyx, Cypress Hill, Eminem.
Max recorded his first track at the age of 17, later participated in several hip-hop projects, but in the end he decided to develop independently. On May 1, 2012, Max Korzh presented his debut album entitled "Animal World". The album includes tracks of various styles and themes, texts and music for which Max writes himself.