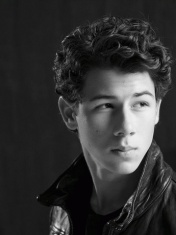 Nicholas Jerry Jonas was born on September 16, 1992 in Dallas, Texas. His family has always supported him. He has 2 older brothers - Joe and Kevin. From childhood, he learned to play various musical instruments. At the age of 13 he was diagnosed with type 1 diabetes mellitus.

In The End
Comments