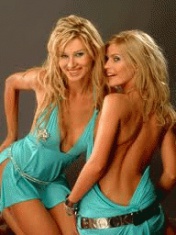 Reflex is a popular Russian pop group founded by Irina Nelson, who performed in the 90s under the pseudonym Diana. In 1999, she had a desire to create a music and dance project. Together with her husband, composer and producer Vyacheslav Tyurin, the singer arranges a casting.

The concept of the project, focused on the dance floor, turned out to be viable: the very first single from Reflex, Far Light, topped the EuroHit Top 40 on Europa + radio.

However, it was the single “Go Crazy” that brought the group popularity in 2001. And then literally each of their songs became a hit: “First time”, “I will always wait for you”, “Because you were not there”, “Maybe it seemed” , "Non-Stop", "It's hard for me to speak", "Stars were falling."

Songs from the album of the group "NonStop", recorded on their own record company, have not left the rotations for two years. The group's clips are very popular and are continuously broadcast on TV. The success of Reflex goes beyond the borders of Russia: the group begins to collaborate with Paul Van Dyck, conquering the European audience; In 2004 the band signed a contract with the German company Babelspark and the Sony music company, under which they released a new single I Can`t Live Without You. The group is now also becoming popular in Germany.

In 2005, the group again had hits, for example, the track "Dances" took 1st place in the hit parade of the "Golden Gramophone". The Reflex group topped the Top 10 Russian performers.

And in 2009, Anastasia Studenikina left the group. However, the remaining duo is not as wealthy. At the same time, the golden composition of the group Irina Nelson, Alena Torganova and Zhenya Malakhova decide to go on a tour of the US cities.

Elena Maksimova comes to the group.

However, Irina Nelson cannot completely separate from her brainchild, and in 2010 she, together with the group, records the song "Selyavi".

In 2011, Elena Maximova was replaced by Ukrainian singer Ana Baston. In the same year, Zhenya Malakhova left the group. And Irina Nelson still takes part in the life of Reflex.

In 2012, after the departure of Ana Baston, Irina Nelson decides to return to the group. “Reflex” has already shot three videos for the songs “Touch”, “I will be your sky” and “If the sky is not for us”.