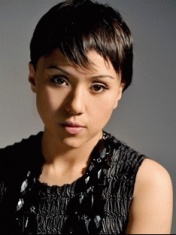 “If one could safely subtract from Petya's playing, then I wanted to add something to Zaytsev’s all the time,” wrote Andrei Makarevich about the former keyboardists of The Time Machine. It can be seen that this formula is applicable to Russian pop music in general. In the genre, it is customary to dump on the ears and heads of listeners absolutely everything that the creators of pop songs and pop projects are capable of: a maximum of boobs and sparkles, a golden sequence in every chorus, anguish and unnatural cheerfulness. But nothing is hidden from the consumer: listening to Russian pop hits, you do not doubt for a minute that their authors have once again squeezed out of themselves a creative gift to the last drop. At the same time, a person with ears still lacks something in this music, I would like to add.

The Sevara & Elf project is valuable because it is built on a completely different principle. A person who has achieved serious success in more respected "music" and knows much more than is required in pop, in his pop album only reveals some facets of his talent, only hints at his masterly musical instruments, but does not boast of them.

Sevara Nazarkhan is an Uzbek singer, one of the stars of the catalog of Peter Gabriel's label Realworld Records. Having gained fame as an ethno-performer, having released two albums at Gabriel's company and having gone on a world tour as part of the team of the main propagandist of world music (this took the first decade of the 21st century), Sevara decided to release a pop-record in Russian. She wrote all the music herself, and Sergei Mikhalok, Karen Kavaleryan, Vadim Stepantsov, Boris Grebenshchikov and even Joseph Brodsky were involved as authors of the lyrics.

The disc “So Easy” (March 2010) strikes at the same time with restraint and diversity: Sevara decisively breaks the boundaries of the genre of Russian-language pop music - on the album, thrash numbers like “He Didn't Come” coexist with trip-hop, ethno-pop and other evidence of good taste of the performer. At the same time, one cannot say that the songs are too complicated and sophisticated: a listener brought up in Russian pop music simply will not see a double bottom there.

The bigwigs of Russian show business are clearly brought up on other music: they have already seen a fig in the pocket of an innocent pop album, therefore they are in no hurry to introduce the songs of "Sevara & Elf" on the air of "Russian Radio" and other popular radio stations, they do not name Sevara with her hits on prefabricated hodgepodge, not being taken on tour. Alas, at the moment the project "Sevara & Elf" is held rather under the authority of a talented and critically acclaimed one-time joke, and not as a current figure in the Russian pop scene.