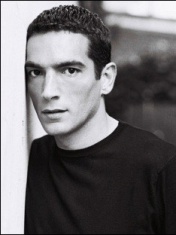 Antoine Clamaran, although he began his musical studies a few years later than Laurent Garnier and David Guetta, also belongs to the first wave of French club electronics. His first successes date back to 1995, when Antoine teamed up with Laurent Pautrat in the 400 Hz duo to record the house hit "I've Got The Music In Me". The track was licensed by BMG France and eventually sold over a hundred thousand copies. After that, Clamaran's name began to flicker on popular dance singles as the author of remixes. The Frenchman remixed the compositions of Sash, Jean Michel Jarre, Sophie Ellis-Bextor and even the late Dalida, and churned out his own tracks in dozens, hiding under many pseudonyms. The most successful of his projects at the time was O Mega, whose records invariably went gold in France.

Since the late nineties, most of Clamaran's tracks have been published under his own name. Several of his records ("Discoland", "Energy", "Do The Funk") become international hits at once. Antoine even succeeds in conquering America, where he is published by Filtered Records and played by popular DJs Erick Morillo and Robbie Rivera. As a result, by 2002, Clamaran finally turned into a pop star, and his debut album "Release Yourself" was published by Universal. To date, Clamaran's discography includes a collection of hits and two full-length albums, the last of which, "Spotlight", was released in 2009 by the Sony BMG label. Three radio singles have already been released from this album, "Gold", "When The Sun Goes Down" and "Reach for the Stars". Now Clamaran is moving along Bob Sinclar's pubi: he plays a commercial disco house and works a lot with guests vocalists. Antoine is currently working as a producer on the album of Spanish singer Soraya Arnelas.