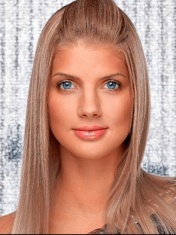 After the introduction of new rules in figure skating, the winner is not the one who jumps the quadruple, but the one who flawlessly performs many other simpler elements. It is difficult for experienced athletes to readjust to such a system, but the young from the first steps on the ice are now implanted in their brains with a calculator that calculates how many points shine for each track, twizzle and toe loop. Young stars of show business are also somewhat reminiscent of these figure skaters with a calculator. If earlier everyone tried to do what his soul lies in (singers sang, musicians played, etc.), then the current celebrities of creative professions have become universal soldiers: singing - please, starring in a TV series is not a question, a reality show is easy, photo session for a men's magazine - ok, but where do you put your jeans here?

Nastya Zadorozhnaya, sometimes called Stasya, is the brightest representative of the new generation, and she combines universalism with workaholism. The singer (actress) was born on August 30, 1985. After finishing school "Fidget", she was 14 years old played in the teenage series "Simple Truths." After leaving school, Nastya entered the acting department at the RATI. True, Zadorozhnaya was not given the opportunity to demonstrate what she was taught there for a long time - not counting such shooting in indistinct films and the MTV series "Club". For six seasons of the series, Nastya felt an interest in youth music and resumed her singing career. Her first album "Under 17 and Older ..." won the title of best debut according to the "Record" award.

But Nastya's work in music was hampered by her work in films and TV shows (Love in the Big City, Love in the Big City-2, The Crime Will Be Revealed ...), participation in the Star Ice show on the Rossiya channel (2008) , candid shooting for Maxim magazine. Nevertheless, in 2009 she released her second disc, 12 Stories. Probably, due to her stellar worries, the singer simply did not notice that there was an economic crisis in the country - the disc was filled with club R&B glamor and, in the changed conditions of life, remained not fully understood by Russians.