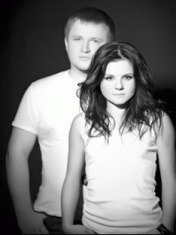 The musicians of the "Infinity" duet began working together in the first half of the 2000s, when the group still bore the subtle name "Black and White". Many tracks were created even before the band gained fame in Russia. Among the original material was the song "Where are you", written in 2002 and played in cafes and bars of Russian Black Sea resorts in the summer of 2007. In the same year, the group changed its name to "Infinity" - the new name reminds not only of infinity (this is how this word is translated from English), but also of expensive cars - in 2007 the car of the same name has already become one of the symbols of luxurious life and glamorous recreation.

The song "Where are you" became the first large-scale hit of the band - it was successfully sold both in the form of digital content and in the form of ringtones and real tones. This song ensured high ("gold" status, more than 60 thousand copies) sales of the band's album of the same name. The song also took first place in the Golden Gramophone hit parade. On November 29, 2008 the group received the Golden Gramophone award for the same song.

The group's songs are actively rotated on the air of Russian radio stations specializing in popular music - "Russian Radio", "DFM", "Record", "First Popular", "Love Radio", "Hit FM", "Humor FM", "Europa Plus "and many regional radio channels. In 2010, the band's next album, "I want it so," was released.
Смотреть все