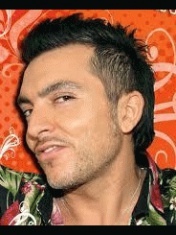 Alex Gaudino is a renowned DJ and producer. The peak of popularity came in 2007, when Alex recorded and released the single "Destination Calabria", which is still popular today.

Alex Gaudino is one of the few who managed to quickly reach the Olympus of fame. Back in 1998, Alex met Jacques Mayolinen, and later organized the Rise Records label with him. The music studio fully paid off within a year. Tracks by Robbie Riviera, Black Legend and The Tamperer, recorded in the studio, brought the label worldwide popularity. And soon Alex Gaudino himself was nominated for the prestigious Best European A&R at the annual European Music Awards.

2003 becomes a turning point in the life of Alex Gaudino. It was in this year that he is closely engaged in studio work. The Supacupa & Sambatucada project is released into the world, and its version of the single "Little Love" is nominated for the Musica & Dischi award in the category "Best Track of the Year". The popularity of Gaudino is growing, many labels want to cooperate with him. Alexa is invited to parties by Ministry Of Sound and Hed Kandi. The name Alexa is increasingly appearing on radio stations in Europe.

But what happened in 2007 makes Alex Gaudino a real world star. Together with the Crystal Waters studio, the recorded track "Destination Calabria" conquers all the clubs in the world. The new single on radio stations sounds more often than the tracks of David Guetta.

Literally a year later, Alex Gaudino again blows up the world with a new novelty, this time a joint composition with the singer Shena the track "Watch Out". Soon a clip was shot on the track, which is also popular. Alex Gaudino is constantly compared with the not less famous DJ David Guetta, which undoubtedly makes Alex popular.