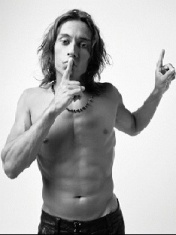 Like most of the first wave of French disc jockeys, Christophe Le Friant started in the mid-eighties with hip-hop, when the future Bob Sinclar called himself Chris "The French Kiss". The first recordings with Christoph's participation were released in the early nineties. Then the Frenchman was a member of The Mighty Bop and Yellow Productions (the label that Christophe founded in 1993 was also named) and teetered on the verge of downtempo, lounge and deep house. A character named Bob Sinclair, named after the hero of the movie "Magnificent", was born in 1996, and two years later, together with Thomas Bangalter of Daft Punk, Bob recorded his first hit "Gym Tonic". Incendiary French house dancer was built on funky bass riffs and samples from Jane Fonda's aerobics course.

Sinclair did not become the main star of the French house, but his singles often hit the charts in France and Great Britain. This was not enough for the Frenchman, and he gradually began to master the fields of pop music, turning dance tracks into songs with a verse and chorus. An album called "III" became a transitional one, which opened with two song hits at once: "The Beat Goes On" and "Kiss My Eyes". The single "Love Generation", featuring Jamaican vocalist Gary Pine, broke the dam and topped the charts in several European countries. Since then, Bob has completely moved away from the aesthetics of "filter disco" and began to record radio-format dance pop, bordering on the electro house, then on the reggae. It became almost obligatory for Bob to attract vocalists from outside. Two more major hits were released from the Western Dream album: World Hold On and Rock This Party. The next two discs "Soundz of Freedom" (the action movie of the same name was based on a quote from Rozalla's old hit "Everybody's Free") and "Born in 69" (the most notable single from there was the track "Lala Song", recorded at featuring hip-hop pioneers The Sugarhill Gang).