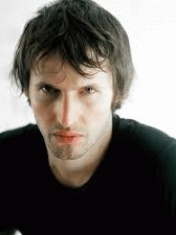 James's childhood passed in a military family, which, of course, affected his fate. He was born on February 22, 1974. In total, he served 6 years, but due to the craving for music, he was forced to quit.

In 2002, he was fortunate enough to meet Pink and Christina Aguilera's producer Linda Perry and soon signed a contract with her recording studio Custard Records.

The singer does not like to evaluate his work, therefore he confines himself to the phrase - "In the songs I get away with everything." And after the tremendous success of his ballad "You're Beautiful" critics began to compare James Blunt with Elton John himself.

The last disc was released in 2010 under the title "Some Kind of Trouble".

James Blunt set the world record for the height at which concerts were ever held, the singer played an acoustic concert on board a Boeing 767 at an altitude of almost 13 kilometers.

When I Find Love Again