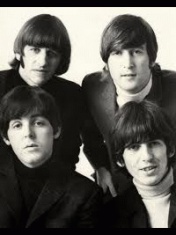 The Beatles have had a significant impact on rock music and are recognized by experts as one of the most successful bands of the 20th century, both creatively and commercially. Many famous rock musicians admit to being influenced by Beatles songs. Since the release of the single "Please Please Me / Ask Me Why" in 1963, the band began their ascent to worldwide recognition, with their creativity spawning a global phenomenon called Beatlemania. The four became the first British group, whose records gained popularity and first places in the US charts, and from it began the worldwide recognition of British bands, as well as the "Liverpool" (Merseybeat) sound of rock music. The band's musicians and their producer and sound engineer George Martin are the pioneers in the recording industry; combinations of different styles, including symphonic and psychedelic music; as well as filming video clips.

Most of The Beatles' compositions are co-authored and signed by the names of John Lennon and Paul McCartney.

The Beatles stopped working together in 1970, although since at least 1967 Paul and John have been running their own projects in show business. After the breakup, each of the musicians continued their solo career. In 1980, John Lennon was killed near his home, and George Harrison died of cancer in 2001. Paul McCartney and Ringo Starr continue to create and write music.

В избранное Новый плейлист
Клип The Beatles - Let it be

Let it be
Comments