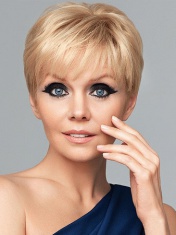 After graduating from the Atkar Music School, where her parents worked, in 1985, Valeria came to Moscow and entered the Gnessin Music Academy in the class of pop vocal, which she graduated in 1990. She was taught pop art by People's Artist of the USSR Iosif Kobzon and People's Artist of Russia Gelena Velikanova.

In 1988, Alla Perfilova first appeared on television - in the program "Shire, Circle" she sang the song "Be with me", and soon the singer took the stage name "Valeria".

At the beginning of her creative career, Valeria took part in a number of competitions for novice performers. In 1992, she became the winner of the Morning Star television competition, the Bratislava Lyra international competition, and received the Audience Award at the Jurmala-92 competition. In the same year, the singer recorded her first English-language album "The Taiga Symphony" to music by Vitaly Bondarchuk and lyrics by Richard Niles, as well as an album of Russian romances "Stay with me."

Following the results of 1993, by the decision of the press organ of the Union of Journalists of Russia, Valeria was awarded the title "Person of the Year".

In 1993, together with Alexander Shulgin, second husband, producer and songwriter, as well as musicians of the "SV" group, work began on a new album. At the end of December 1995 Valeria released the single "My Moscow". Many songs from the album "Anna", released in 1995, occupied leading positions in the charts and playlists of the leading Russian radio stations for a long time. In 1997 Valeria finished work on the album "Surname, Part 1". In the subsequent period, such albums as "The Best", "Eyes of the Color of the Sky", maxi-singles "Blizzard" and "Riga - Moscow" were released, and the "First INTERNET Album" was also released.

In early 2002, the artist left show business due to disagreements with her producer, her husband Alexander Shulgin. Almost immediately after that, Valeria signed a contract with a new producer, Iosif Prigogine.

In the summer of 2003, Valeria appeared at the Muz-TV 2003 National Award ceremony, thereby marking her return to the stage. In the autumn of the same year, Valeria presented a new album called "Country of Love". The album was a huge success, a record sales rating when compared with the singer's other albums.

In April 2006, the singer recorded the album "My Tenderness". In the same year, the autobiographical book "And life, and tears, and love" was published with a circulation of 200 thousand.

A little later, Valeria announced that she was stopping touring with concerts in Russia and moving to the western market. In March 2008, the singer released a new album, "Out of Control".

In autumn 2008 the premiere of the video for the song "Pain!" ("Happiness in Part"), in the English version of Wild. In April May 2009, the single reached the top spot in the Billboard club music chart.

In January 2009, at the invitation of Robin Gibb, Valeria took part in a charity concert at Battersea Evolution with Mel C, Level 42, Atomic Kitten and Bill Wyman.

In 2010, the singer released the album "My love is in me". In June 2010, the world release of Valeria's new single All that I want. In October, Valeria started a tour of 40 cities in Russia "Valeria, which you have been waiting for. Songs that you love".

April 9, 2013 - By the decree of the President of the Russian Federation, Valeria was awarded the title of People's Artist of Russia.

Over the years of her creative career, Valeria has repeatedly become a laureate of the Russian festival "Song of the Year", the national Russian award "Ovation", the winner of the charts "Sound Track of MK", "Golden Gramophone".