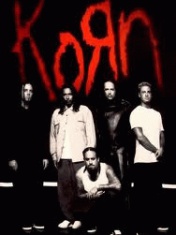 "Korn" is an American nu metal band that is credited with being the founders of. It has already been accepted and has long been taken for the fact that it was this collective that laid the foundations of this direction. They are considered to be one of the best-selling "heavy" bands of the last decade.

"Korn" - the first album, released on October 11, 1994, went platinum twice (which is definitely a record for a metal band), and sales exceeded 3 million copies.

Issues is the fourth album released in 1999 and has sold 11 million copies in total.

Over the entire period of the collective's creativity, 10 studio albums have been released, one acoustic and several collections with covers and live recordings.

At the moment, more than 50 million copies of records have been sold worldwide.

In 2010, fans were able to appreciate the group's new work called "Korn III - Remember Who You Are". And in December 2011 the album "The Path of Totality" was released.

03:53
Somebody Someone
Кто-нибудь, хоть кто-то

Not Meant For Me

03:51
Chaos Lives In Everything

04:58
Falling Away From Me
Покидаю себя