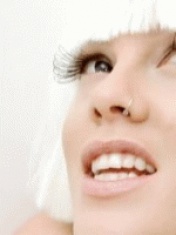 
The classic "bad girl" image with which Pink first appeared on stage and on screens in the early 2000s, coupled with the aggressive, energetic sound of her songs, quickly made the singer megapopular. Over time, however, Pink's work matures and goes through a series of changes: from rap to pop music, from R&B to alternative rock - the singer seeks to reveal all the facets of her talent. Pink was born on September 8, 1979 in Doylestone, Pennsylvania. Constant quarrels between parents, their subsequent divorce, problems at school, lack of real friends - only one thing allowed the little girl to survive such sorrows: a selfless love for music. From the cradle, Alicia knew that she would sing and dance - the hobby for the second was in her blood. The readiness of the girl, and then of the girl, to go anywhere, just to be noticed, was simply amazing. According to Alishia herself, she was persistently pursued by only one thought: "Well, let me in, let me go on stage!"

At the age of 13, Alicia began dancing in clubs, in one of which he met a local dancer and part-time lead singer of the Schools of Thought group. And so, a little dancer - already a vocalist named Pink, a member of a rap group, albeit an amateur one. Soon the group broke up, but the future star was not very saddened, because the supporting role, backing vocalist, was still not for her.

In early 2000, the singer released her debut single "There U Go", which goes gold by February. In April of the same year, the solo album "Can't Take Me Home" was released, which later became double platinum. To cement the success, Pink teamed up with celebrities such as Christina Aguilera, Mia and rapper Lil 'Kim to sing "Lady Marmalade", which became the soundtrack for the acclaimed musical "Moulin Rouge ". The composition turned into a hit, and Pink literally bathed in the rays of worldwide fame.

In 2001, the next album "M! Issundaztood" was released. With this name, the singer wanted to hint to fans that her public image does not coincide with her personality. To assist in the recording of the album, Pink invited Linda Perry, who helped the singer write a number of songs. The new album sold out with great success, received platinum status in more than 20 countries around the world, and the songs Don't Let Me Get Me and Get The Party Started became world hits.

In 2008, Pink released the album Funhouse, the first single from which, titled "So What," leaked online in August and immediately gained popularity in many countries.

03:21
5
Get The Party Started
Начинайте вечеринку

04:26
Just Give Me A Reason feat. Nate Ruess (Behind The Scenes)

3
Just Give Me A Reason (feat. Nate Ruess)

03:39
Just Like Fire (From the Original Motion Picture "Alice Through The Looking Glass") (Audio)
Comments