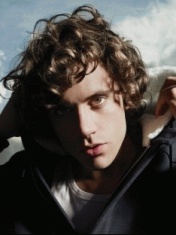 The owner of a pleasant appearance and a multi-octave voice "shot" into the charts with his first single. The song "Relax Take It Easy" had that wonderful effect that as soon as you hear it once, you get the feeling that you have known it all your life, and as you know, this is exactly what real pop hits are like. The song, at the same time, became one of the first swallows to take off in the charts, not only and not so much due to CD sales, but due to paid downloads. Upon closer examination, it turned out that Mika studied vocals in the class of opera singer Alla Alaberdyeva, studied Chinese for nine years and has remarkable artistic talents (he mentioned a couple of times that he was going to quit his musical career for animation), in general, he was a bright and extraordinary character, which has long been the British pop scene was waiting.

Mickey's music has been compared to David Bowie, to the Scissor Sisters, to Freddy Mercury, especially due to his vivid stage image, for which the singer was immediately credited as gay. Mika himself did not deny this, but did not confirm it either. Album "Life in Cartoon Motion" brought the singer a bunch of nominations for prestigious awards, as a result Mika became the owner of the Brit Award for Best Breakthrough. In addition, the disc climbed to the first places of the charts in a dozen European countries, and in Britain it became five times platinum (one and a half million copies sold).

One of Mika's most successful works was the video "Grace Kelly" - a fountain of childish joy captured on camera.

Mika did not rest on his laurels - and two years later he released his second album "The Boy Who Knew Too Much". This time the singer added a bit of "meat" to the pop sound. "This song sounds aggressive, in a good sense of the word," Mika told about the new single. - "We Are Golden", "here, as before, there is a children's choir, but here the kids are not singing with sweet voices, but screaming as much as they can" ... The hit single was followed by two more: "Blame It on the Girls" and "Rain". Although the success of the first album could not be repeated, Mika was again nominated for the Brit Awards, this time in the category "Best Solo Artist".

03:44
Blame It On The Girls
Обвини во всем девушек