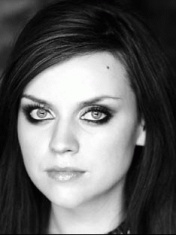 
Amy MacDonald, the newest generation of folk musicians, was born in 1987 and became interested in music at the age of 13, after attending a concert of her fellow countrymen, Travis, in 2000. Having started playing her father's guitar, by the age of 15 she was performing in coffee shops and clubs in her native Glasgow - a classic example of the beginning of the career of a young folk (in the same way the icons of the genre began - Bob Dylan, Joan Baez and even modern indie giant Beck). The musician Pete Winkilson helped the girl become famous - Amy sent him her demos, after which Pete, delighted with the sent material, recorded her songs at his home studio and recommended MacDonald to Vertigo, which signed a contract with Amy in 2007 ...

Album This Is the Life (2007) stayed at the top of the UK charts for a week, and also went through a wave of sales in Europe (over a million ("platinum") in Germany and Belgium, over 500,000 ("gold") in Spain and Switzerland) ... Perhaps part of this success Amy owes to the characteristic timbre of her voice, decently reminiscent of the vocals of the Irish Dolores O'Riordan from the Cranberries. Amy MacDonald's second album, A Curious Thing, was released on March 8, 2010.

03:48
Your Time Will Come
Comments