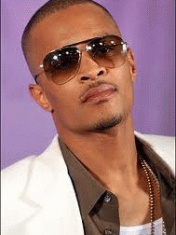 
TI was born in 1980 in Atlanta, Georgia and was raised by his grandparents. He started rapping at age 7, skipping school to hang out with friends. As a teenager, he became involved in street life and was a drug dealer - by the age of 14, Clifford had already been arrested several times. However, fate was happy for the young musician - he was noticed by the managers of the record companies and signed a contract with him even when he was a teenager.

TI's first album, produced by The Neptunes, was called "I'm Serious" (2001). Despite contributing to the recordings of many fellow rappers, sales and critical reception of the album were very modest. Critics claimed that the artist demonstrates potential, but so far his tracks sound too monotonous. The release of the album resulted in the artist's separation from his first label, Arista Records. TI launched its own label, Grand Hustle Records, where, with the help of fellow DJ Drama, began releasing mixtapes of various artists. On the same label he also released his second recording, "Trap Muzik" (2003). This release was more successful; however, in the same year, TI went to jail, as, apparently, did not abandon his drug dealer business. A month later, he managed to get out of prison, where he managed to illegally shoot a video clip. In 2004, TI released their next album, "Urban Legend". This disc was already truly successful - two Grammy nominations and a number of other awards.

The fourth album, "King" (2006) contained the song "What You Know", which earned the artist a Grammy for Best Rap Performance. Another Grammy was awarded to TI along with Justin Timberlake for the latter's song "My Love". In addition, in 2006, TI collected all the Rap & Hip Hop awards at the Billboard Awards - an impressive achievement. The artist's fifth studio album, "TI vs. TIP", released in 2007, was a real successful release of a popular hip-hop musician: such stars of American rap as Busta Rhymes, Jay-Z (Jay-Z), Wyclef Jean and Eminem. The criminal side of the musician's life also haunted - a few hours before the BET Hip-Hop Awards ceremony in Atlanta on October 13, 2007, TI was arrested for illegal possession of weapons, namely three machine guns and two silencers. It would seem why a super successful rapper needs machines, but still. The most offensive thing was that the musician was "laid down" by his personal bodyguard. TI was placed under strict house arrest for a year. Sitting at home, TI began writing more "serious" lyrics for the content of his next album, Paper Trail (2008). In 2010, TI completed his house arrest and entered the studio to work on the next album, "King Uncaged".