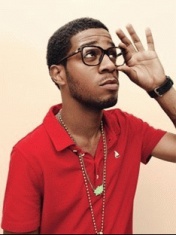 
In 2008, Rolling Stone magazine named him one of the five best indie hip-hop artists of the year. By that time, Kid Cudi had only one mixtape "A Kid Named Cudi" and one single "Day 'n' Night" behind his shoulders, from which the singer's fame began. This boring song about the monotonous everyday life of a stump leaked onto the Internet at the end of 2007, securing fame even before the official release, then it was remixed by the Italian DJ duo Crookers, turning this relaxed minimalist hip-hop into a club hit.

Kid Kudi's popularity is measured by an impressive list of collaborators. Kudi's debut album "Man on the Moon: The End of Day", besides Crookers, features rappers Kanye West, Chip Tha Ripper and Wale, electronic engineers Ratatat and MGMT. The musician sang with Kanye West in the song "Welcome to Heartbreak" on his album "808s & Heartbreak", took part in the Snoop Dogg show and also recorded a song with him, appeared in the video for The Black Eyed Peas - and a lot where else.

Now Kid Kudi is working on his own album of collaborations called "Sudder". According to the musician, Snoop Dogg, Travis Barker, Clipse, Cage and Pharrell have already recorded for the album, it is planned to involve Green Day , Kings of Leon, The Killers, The Postal Service and other musicians. Kudi also plans to record the second part of the trilogy "Man on the Moon", which will be called "The Ghost in the Machine".