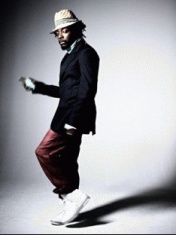 Will.i.am, best known as the frontman and co-founder of the super successful hip-hop group The Black Eyed Peas, grew up in Los Angeles. The mother, who raised the child alone, advised him not to smash windows on the streets, but to go to a music school, where he met Allan Lindo, also known as apl.de.ap. Together, the friends began performing at hip-hop parties and then formed the Atban Klan group. In 1992, the group signed a contract with the label Ruthless Records, the head of which was the rapper Eazy-E, who patronized Will.i.am and his friends.

Following the death of Eazy-E in 1995, Will.i.am and apl.de.ap left Ruthless Records and began working on the band that would later become known as The Black Eyed Peas. Will.i.am's further career is mainly associated with this group, but he was also involved in various production activities: in 2008, he processed a number of Michael Jackson's songs for the reissue of his album Thriller, produced the album of rapper Flo Rida , took part in the creation of the girl group Paradiso Girls, acted in films, in particular, in the American television series Joan Of Arcadia in the role of God, was engaged in clothing design, including for his ensemble.

In 2008, Will.i.am wrote the song "Yes We Can", which became the anthem of Barack Obama's election campaign, and later, after Obama was elected president, he worked on the video "It's a New Day" and the song "American Song", glorifying the new the chosen one of the Americans.