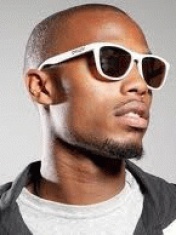 American rapper BoB was born on November 15, 1988 in Winston-Salem. Bobby Ray began to study music as a child: in decatur school he played the trumpet. And soon he begins to rap. Music captures him completely, his parents encourage him in every possible way, teaching him to play musical instruments.

Success came to him in 2007 when he recorded the song "Haterz Everywhere" featuring "Wes Fif". The composition takes off to number five on the US Billboard Bubbling Under Hot 100 Singles. His next single "I'll Be In the Sky" was less successful. However, in 2008 BoB appeared on the cover of XXL magazine alongside Asher Roth, Charles Hamilton, and Wale, as "Hip-Hop's Class of '09". Journalists call him a very promising musician.

The first single "Nothin 'on You" from his debut album, recorded with Bruno Mars, is a wild success. And the album "BoB Presents: The Adventures of Bobby Ray" was released in April 2010 and debuted at number one on the Billboard 200. The rapper also received many awards: "BET Awards", "Teen Choice Awards", at the ceremony "MTV VMA 2010 ”and many others.

In 2010, BoB won the iTunes Best New Artist category after he released the No Genre mixtape. And "The Adventures of Bobby Ray" was certified Gold by the RIAA on December 16, 2010.

The rapper continues to collaborate with famous artists, and on January 30, Jessie J released the single "Price Tag" featuring BoB. The song quickly became number one in the UK.

The rapper's second album was released in May 2012 and was called "Strange Clouds", the single of the same name from which was released back in 2011.