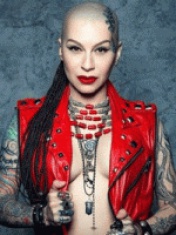 Nargiz was born on October 6, 1970 in Tashkent, in a musical family known in Uzbekistan. Mother - Luiza Karimovna Zakirova, a pop singer popular in the 1960s-1970s, who performed, in particular, in a duet with her brother Batyr Zakirov. Nargiz's father, Pulat Sionovich Mordukhaev, a Bukharian Jew, was a drummer in the ensemble, whose leader was Batyr Zakirov. Her father's serious illness prevented Nargiz from taking part in the first casting of the “Voice” TV program in 2012. Pulat Mordukhaev died in April 2013.

At the age of 4, Nargiz performed on stage for the first time, at the age of 15 with the song "Remember me" (to the music of Farrukh Zakirov and the words of Ilya Reznik, originally recorded by her along with several more songs for the film "The Bride from Vuadil" / Uzbek. "Vodiyllik kelin" directed by Ali Khamraev) appeared at the song festival "Jurmala-86", where she received the Audience Award. She studied at the pop department at the republican circus school. She performed successfully with her group. In 1995, she emigrated from Uzbekistan to the United States with her parents and daughter. In the early years in New York, she worked in a store, in a video salon, in a tattoo parlor, and performed in restaurants. In 2001 she recorded an ethno-style album "Golden Cage", published by Sweet Rains Records on the Web. She sang in various groups. Now performing solo.

In 2013, she passed three stages of selection for the American X-Factor, but after the organizers did not call back, she went to the Russian television project "The Voice". Nargiz impressed all four judges, but preferred the team of Leonid Agutin. December 20, 2013 reached the final of the competition. She took second place, significantly behind Sergei Volchkov. However, the singer herself believes: "I did not win, I won."

Since April 2014, Nargiz has been collaborating with producer and composer Maxim Fadeev. The musician wrote her debut solo single "I Am Not Yours", which was released on July 3. In October, the video for the single premiered, in which she starred with her husband Philip Balzano.

In July 2014, Nargiz Zakirova won the Grand Prix at the White Nights of St. Petersburg International Music Festival. The singer took part in the festival as a representative of Russia. In November of the same year, the TV show "The Battle of Psychics" was released with the participation of Nargiz Zakirova as a test subject.

On February 6, 2015, Nargiz released her second single, titled "You are my tenderness." The author of the composition was Maxim Fadeev.

On December 15, 2015 Nargiz presented her third single, titled "I don't believe you!" The author of the composition was also Maxim Fadeev.

On May 17, 2016 the release of the fourth single entitled "Run" took place. A week later, the premiere of the video for this composition took place.

On August 24, 2016, pre-order of Nargiz's debut solo album entitled "The Murmur of the Heart" became available on iTunes. The release date is October 7, 2016, the album includes 15 tracks, including 4 previously released singles.

On September 1, 2016, the premiere of the joint track Nargiz and Maxim Fadeev entitled "Together" took place. This composition became the fifth official single in support of the debut album "Heart Murmur".