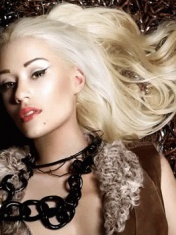 Iggy Azalea is a rapper and songwriter from Australia. Her father was an artist and her mother was a real estate agent. Azalea started rapping at age 14. Before starting her solo career, Iggy Azalea formed a group with two other girls from her neighborhood, but after a while she decided to leave the group. In 2011 Iggy started uploading her freestyle videos to the internet. Her popularity began to grow exponentially when her first official music video, "Pu $$ y", was uploaded to the site. On September 27, 2011, Azalea released her first project, a mixtape titled "Ignorant Art".