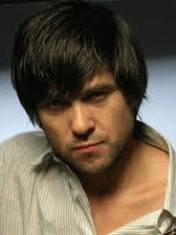 The date of birth of the group is May 27, 1994, when the future team gathered in a restaurant to celebrate the recording of the first album "Dusty Byl", which was created by the permanent Alexander Vasiliev and session musicians. The album immediately became popular in St. Petersburg, and the songs "Victim of Melted Ice" and "Fairy Tale" even hit the air of Peter's radio stations.

For the first time, the newly-minted group gave a concert in the rock-club "Ambush" in 1994. And in 1995 the team created a demo version of the album "Collector of Weapons". But already in 1996 the final version was released, which included not 8, but 10 songs. By this time, "Spleen" had already shot a video clip, and Vasiliev, having gone to Moscow, immediately found himself a famous admirer. Dmitry Dibrov appreciated the potential of Vasiliev at a meeting and put his video in his program on ORT. A few days later, the video was already playing on ORT in the music program hosted by Dmitry Dibrov.

The new album was released in April 1997 and was called "The Lantern under the Eye". By this time, "Spleen" was already a fairly popular group, and the presentation of the new album took place with a full house. More and more of Vasiliev's songs appear on the radio, and in 1997 the group was offered to perform at the second rock festival "Maksidrom".

The group becomes truly famous in 1998 after the release of the fourth album "Pomegranate Album", which was recorded on the ORT Records label.

The next album "Altavista" was the result of Vasiliev's experiments, and quite successful ones. After a pause on March 25, 2001, the album "25th frame" is released. After that the group "Splin" will have a joint tour with the group "BI-2" called "Fellini". They visited 22 cities in Russia and abroad.

In February 2002, the double disc "Acoustics" was released - a recording of an acoustic concert played at the Stanislavsky Theater. And at the end of 2002, the future hit "New People" appears on the air of "Our Radio".

At the beginning of 2003, namely on February 14, the album "New People" was released.

For the 10th anniversary of the group in April 2004, Alexander Vasiliev's solo album "Drafts" was released, which collected unreleased songs written by Vasiliev in the period from 1988 to 2003.

On November 17, 2004 the album "Reverse Chronicle of Events" was released.

All this time, the collective endures constant changes in the composition, and the next album is released only on February 7, 2007 under the title "Split Personality".

In 2009, the group is actively touring Russia and the CIS countries, simultaneously recording a new album. The first single of the album was the song "No More Rock'n'Roll". The new album "Signal from Space" was released on September 22, 2009.

After the release of this disc, the group continues to give concerts, and since the end of 2011 and began working on a new album, which is scheduled for release in autumn 2012. On April 6, the group presented a video for the song "Terrible Secret".